A big tent for teaching tech

Last Saturday’s Hive Toronto HackJam confirmed something for me: one of Mozilla’s biggest opportunities is building a big tent for people teaching web making. This includes teaching things like Hackasaurus and PopcornMaker that we’re building. But it also includes people teaching Scratch, Ruby, Python and even hardware tinkering. We’re all trying to build the same ethos and teach many of the same skills. 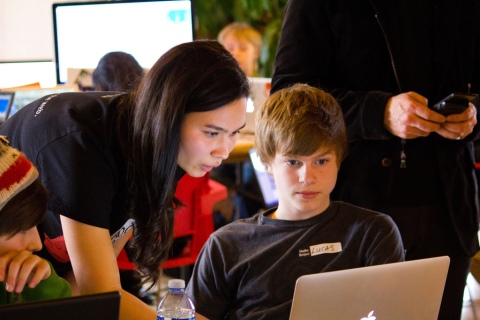 Similar to the Hive Tokyo Pop-up, Toronto had a mix of Mozilla and non-Mozilla stations kids could take part in. Hackasaurus and PopcornMaker from the Mozilla side. Scratch, paper-prototyping, Python and PlayLab. We had 50+ kids, 40 parents and 25 volunteers gathered together for 3 hours at the Toronto MozSpace.

As with the Scratch + Hackasaurus mash-up in Tokyo, Toronto saw good collaboration and reinforcement amongst the different groups teaching. Some kids moved easily between the diverse stations (coding vs. physical). Others found their passion or their level (basic to intermediate) and stuck with it for the full time. It wasn’t a competition between the stations: it was the creation of an integrated experience for all the kids who had shown up.

This isn’t surprising. Hive NYC is already a model of how diverse organizations and technologies snap together into a learning experience bigger and more exciting that anything that a single org could do. The interesting part is that we’ve now done this in three new cities: London; Tokyo; Toronto. And, in each, we’re finding the same willingness to play beyond turf and build a new way of teaching using the ethos and technology of the web. 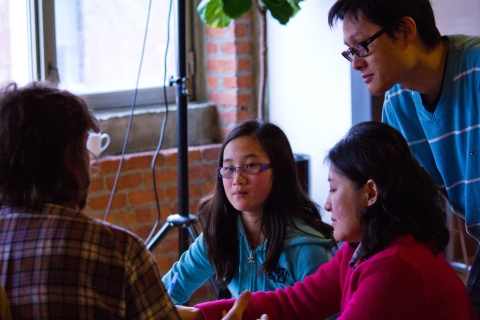 What does this mean for Mozilla? It means Mozilla needs to focus equally on building our own making and learning tools and on helping out others who are teaching web making.

Much of Mozilla’s learning work right now is focused on building new tools and curriculum that help people learn while making things on the web. Hackasaurus and PopcornMaker are the big bets. And, for certain, these are some of the most valuable things we could doing right now. People want and will use the things we’re building.

But Mozilla also needs to figure out who else is teaching web making and how we can help them. As Michelle L. and I outlined in our London talk last month, we’re already reaching out to people like CodeNow, Ladies Learning Code and Young Rewired State. But there are dozens — maybe even hundreds — more groups like this around the world. We need to reach out to them broadly.

With this aim in mind, Michelle is in the early stages of building up an instructor community for groups teaching web making. We’re also looking for ways to get groups like this involved in defining the tools, curriculum and badges we build. We want to accelerate the web making and teaching work that people are doing at the local level everywhere — we need to make sure what we build serves that end. 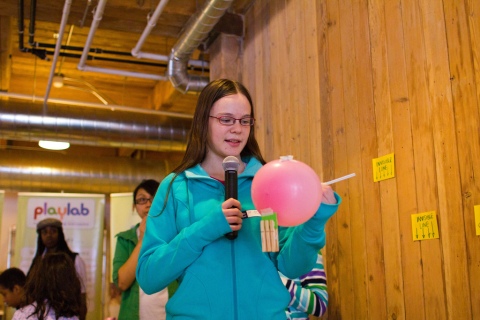 Which is all to say: the Hive events we’ve done over the last few months make it clear to me that we can build ‘a cohesive learning offering for web makers’ (our goal for 2012) that mashes up what we’re building with the tools and talents of others. This, of course, is how the web works. It’s important to remind ourselves that Mozilla needs to work that way, too.

§ 7 Responses to A big tent for teaching tech

You are currently reading A big tent for teaching tech at commonspace.