What is the open web? Two things, at least.

There have been bunch of Mozilla people asking the question ‘what is the open web?‘ of late. Atul, Jono and Mitchell all blogged about it a few weeks back. People at MozaCamp Europe drew pictures and wrote tag lines about it. Blizzard surveyed about it. Over 160+ people responded (snapshot in this wordle). 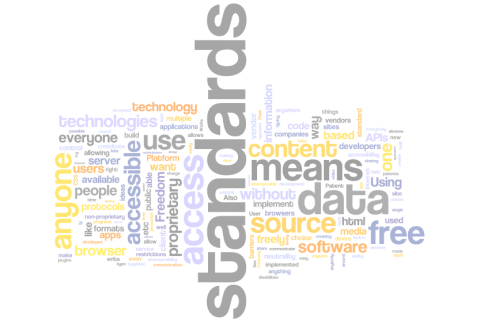 Looking back over all these materials in the last few days, I came to a realization: when you sort for broad patterns, people in the Mozilla world use ‘open web’ in two very different ways:

I’m not totally sure what this means yet. Maybe we should come up with a rigorous test of ‘what counts as an open web technology?’ (e.g a handful of criteria like ‘must based on an open spec or standard’). Or, maybe we should be using other terms (better internet? public resource?) to describe our aspirations.  Maybe both. Not sure. Food for thought.

PS. One thing we should do is engage more with others asking these questions, even if they are doing so in different ways.

§ 8 Responses to What is the open web? Two things, at least.

You are currently reading What is the open web? Two things, at least. at commonspace.