As Mitchell posted last week, there have been a number of conversations brewing reflecting on 2010 goals for the Mozilla Foundation team. The upshot of these conversations is this: there really is only One Mozilla. Yes, we have a number of different orgs, teams and communities, of which the Foundation team is one. But, IMHO, we are all Mozilla and should be working towards the same overarching goal of guarding the open nature of the internet. 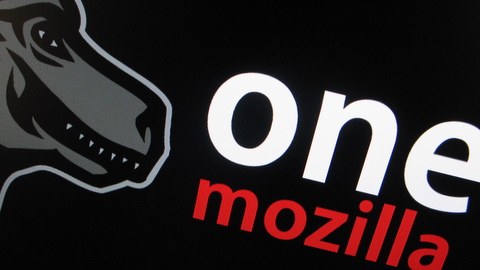 This is a bit different than where we were a few weeks back. Earlier conversations had been focused on ‘what specific 2010 goals should the Foundation team have?’ But the more I reflected, the more this felt awkward. Like we were trying to find something extra when there were already important goals on the table. Not necessary.

Looking at the 2010 goals through a One Mozilla + Foundation team lens is pretty simple once you make the shift. Instead of saying ‘what goals does the Foundation team have?’ you just say ‘how do Foundation functions and programs help move towards Mozilla’s broader goals?’

Look at the ‘demonstrate that mobile is part of one, unified, open web’ goal as an example. If the Foundation has a consumer awareness program, it could roll out campaigns to help millions of people understand what an open mobile web looks like, and how to make good technology and data choices in the mobile world. If it had an education program, it could get students contributing to products and educating their peers on mobile issues. Or, with the existing accessibility program, the Foundation could support people making the mobile web more accessible to people with disabilities.

All of this seems to make sense in terms of the Foundation team’s role. Yet, in previous conversations, we’d pushed mobile right out of the Foundation goals scope as it felt too ‘product-y’. The more I thought about this, the less right it felt.

Looking at the world through a One Mozilla lens feels much better. If we take this approach, we don’t have Foundation Goals. Or Community Goals. Or Corporation Goals. Or Messaging Goals. We just have Mozilla Goals. All of these goals are focused on protecting the internet as a public resource.

At this stage, it’s important to ask: does this ‘single set of broad Mozilla goals make sense to others as well?’ It feels right to me, but maybe it won’t to others.

Assuming this One Mozilla approach is right, we still need to finalize our goals for 2010. We may need stronger, clearer language on how we’ll grow the Mozilla community (do we want a million more Mozillians?) or how we lead the industry to adopt things like open video standards (Mozillians definitely want to be doing things like this). I’m pitching in with Mitchell and others over the next few weeks to go back over discussion so far to see where goal tweaking and improvement is needed.

And, from a Foundation team side, we also need to be asking: what functions and programs should we be focused on? This is the aim of our Vision and Roadmap process (mentioned briefly in my last board report). The Foundation team and board will be putting a bunch of time into this over the coming week. I’ll post something for feedback as soon as we’ve got it.

You are currently reading 2010 Goals: One Mozilla at commonspace.